Shane, age 52, started with Goodwill in 2013 and received assistance via our CRS and Skills for Success programs which helps former inmates prepare for and find jobs. From there Shane began working part-time at Goodwill’s retail store in Orange, CT while volunteering at Yale New Haven Hospital. Shane has cerebral palsy and although he receives disability benefits, he’s been very motivated to work.

With his Employment Specialists assistance, Shane secured a part-time job at LAZ Parking in New Haven where he parks cars for physicians and employees of the surrounding medical community and for for seasonal events.
“The help from Goodwill motivated me to work harder and taught me how to present myself better, their ongoing support has been invaluable” said Shane.

Shane continues to work with his Employment Specialist as an IDEA participant. He’s continually looking to further his employment opportunities and he’s also considering going back to school so he can help other people with disabilities. 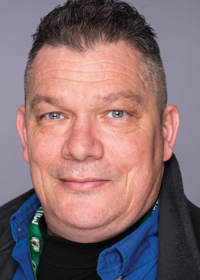 An opportunity is all that Kieyshon Taylor was looking for. After spending 11 years in prison, Kieyshon was released in 2009 and needed to find a job. But he was fearful that his recent incarceration and parole status would prevent him from finding one.

When a job lead at Columbus House didn’t pan out, they told him about possible employment at Goodwill Industries. When his contact at Goodwill asked if he was on parole, Kieyshon thought confirmation of this would end the conversation and the job opportunity. Instead, it led him to ESGI’s Community Re-entry Services. Kieyshon hesitantly joined the program and was paired with a job specialist. He soon realized that the time and effort he put into the program was worthwhile. Although he felt unsure in the beginning, his job specialist encouraged him.

This led to the Goodwill Outlet and warehouse in Hamden hiring Kieyshon as a temporary material handler working on the dock. Impressed with his reliability and effort, Kieyshon’s manager offered him a full time, permanent position with benefits just three months later.

“Goodwill gave me responsibilities and relied on me which was really motivating,” says Kieyshon. “I felt respected and became a more responsible adult.” Due to a parole violation, Kieyshon was sent back to prison in 2011. Upon release, four years later, Kieyshon came back to the Goodwill warehouse to inquire about a job. The manager knew of Kieyshon’s strong work record and gave him back his previous job. Kieyshon was recently promoted to a truck driver position.

According to Kieyshon, “Goodwill has never judged me based on my past or my background. All that mattered was what I did and how I performed on the job. Now when my boss says that he appreciates me, I say, I appreciate you, appreciating me!” 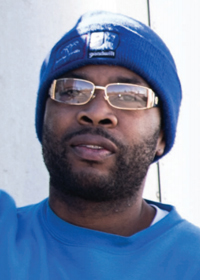 Gervin Mujo, Jr. was a student from Central Falls High School class of 2015. Throughout his high school career, he was a talented athlete and the captain of his football, basketball and baseball teams. During the course of his senior year he enrolled in Goodwill’s Tri-Employment program.

Tri-Employment is a partnership between Goodwill Industries of RI, the Office of Rehabilitation Services and Central Falls High School. In the program students are required to complete 30 hours of work readiness classes within an eight-month span followed by a 10-week internship in their field of interest. Gervin was the star of his Tri-Employment class, maintaining perfect attendance. Throughout the course Gervin indicated that he would be interested in working in a hospital setting. For health care interests, Goodwill partners with Miriam Hospital and Gervin was able to complete his internship in the valet department at Miriam Hospital.

Throughout his internship he again had perfect attendance, was on time and greeted all the patients prior to entering the hospital. Once his 10-week internship was completed Gervin went into the Summer Work program at Goodwill of RI and continued to work at Miriam Hospital for another 7 weeks. During the summer work Gervin’s valet manager was interested in hiring him, however, Gervin needed to learn how to drive a manual car. So Gervin spent his summer practicing driving his dad’s manual car so he could potentially be hired at the hospital.

By the end of the summer and after completing 17 weeks of volunteer service at Miriam Hospital, they decided to hire Gervin as a part-time staff member. Six months later, Gervin is still employed by Miriam Hospital, he has been moved to full time status and maxes out with overtime each week. Gervin says he loves every minute of his job. Congratulations Gervin! Job well done. 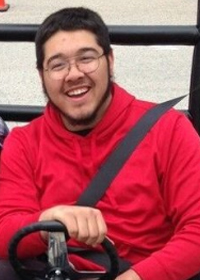 Kellie McMaugh is a graduate of the Tri-Employment Job Preparation program which is a collaborative effort between Office of Rehabilitation Services (ORS), Goodwill Industries of RI and Central Falls High School. Kellie participated in Tri her senior year of high school where she spent 90 hours completing job preparation classes as well as 80 hours on an internship with Rhode Island College.

Kellie successfully completed her Tri Employment program as well as being a 2014 graduate of Central Falls High School. Kellie was given the green light to attend Goodwill’s summer work program. The summer program offers youth ages 16-24 the opportunity to complete a four week summer job that will give the youth a real world experience as well as help them make a better informed choice about future careers.

As Kellie got ready to graduate high school she also made a decision to attend Rhode Island College. The choice was easy as with Kellie’s Tri- supports all working together there were other partnerships that had developed. It just so happened that RIC and Goodwill have been partners for the last four years. With this news it made sense to place Kellie for her four week summer job at RIC in the Learning for Life office which is the hub for the current partnership between RIC and Goodwill.

Kellie again succeeded and landed herself a work study position this fall! During the summer she also became a Learning for Life Scholar. It takes a very willing and proactive youth to use their network as a small light to find the pathway that fits them. Go Kellie! 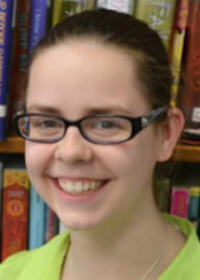